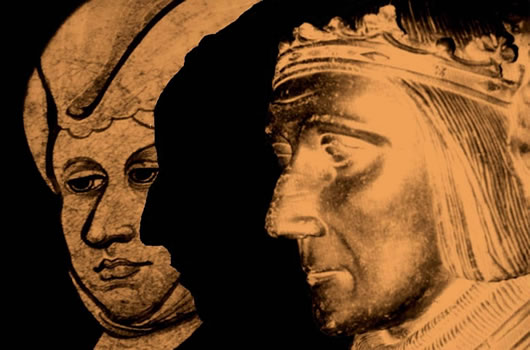 The Eleanor Talbot and Edward IV Project has a number of facets. It aims to discover more about Eleanor; it seeks to reveal the truth about Edward IV’s relationships, and it aims to use science to establish whether the remains found at the Whitefriars site in Norwich really are Eleanor’s bones.

If YOU would be interested in helping this project by making a small donation, please click here.

It is with great sadness that we announce the death of John on 18 May 2018. For further information please see the Looking For Richard Project obituary below.

Please note that John’s website is being monitored by his webmaster. Thank you from all at the Revealing Richard III team.

In more senses than one, Eleanor Talbot is the Queen of historical mythology:

In other words, Eleanor’s story proves that Vergil, More and other sixteenth-century writers told lies – and so did Henry VII.

John Ashdown-Hill’s updated second edition of The Secret Queen (his book about Eleanor), reveals a new, scientifically produced, facial reconstruction of the set of Norwich bones which may be Eleanor’s remains.

Meanwhile the recent Eleanor study day, at Norwich Castle, on 11 June, unveiled the new facial reconstruction commissioned from the University of Dundee, explained its scientific basis, and promoted further scientific study of the Norwich bones.

A founder member of Philippa Langley’s Looking For Richard Project, in 2004 John Ashdown-Hill discovered Richard III’s mtDNA sequence,* and in the same year he was commissioned by the BBC to disprove the Leicester myth that said Richard III’s body ended up in the river Soar. He is a leading writer on the late medieval period, has done a great deal of research, and published many books and papers. He frequently gives talks on Richard III and related events, and in 2015 was awarded Membership of the Most Excellent Order of British Empire (MBE) by HM The Queen ‘for Services to Historical Research and the Exhumation and Identification of Richard III’.

To find out more about John and his publications and events, please visit: www.johnashdownhill.com

We feel very honoured to have known Dr John Ashdown-Hill and extremely privileged to have worked with him on the Looking For Richard Project. John will always be remembered for his ground-breaking discovery of King Richard’s mtDNA, and for his crucial work in helping to debunk the widely believed myth that Richard’s remains had been thrown into the river Soar at the Dissolution – achievements which led directly to the discovery of the king’s grave and international headlines. As well as an astute and inspirational historian and genealogist, John was also a talented linguist, fluent in many languages including Latin. His prolific publishing and research output bequeathed a unique and lasting legacy to Ricardian studies in particular, and late medieval history in general. Perhaps his most important work, Eleanor, The Secret Queen, credibly established Eleanor Talbot as the first wife of Edward IV and introduced the evidence for the pre-contract to a much wider audience. John was a Member of the Most Excellent Order of the British Empire (MBE), a Fellow of The Society of Antiquaries, a Fellow of the Royal Historical Society, a member of the Society of Genealogists, the Richard III Society, and the Centre Europeen d'Etudes Bourguignonnes. Less well known is John’s love of animals and the environment, for example, he cared for rescued battery chickens in his garden. In all seasons he would take time out from his busy schedule to spend quiet contemplative time enjoying a nearby beach. As a person, John was kind and gentle. Despite his exceptional knowledge, intellect, and achievements, he remained the unassuming, humble, quiet, modest man he had always been. He was a practicing Catholic, and his strong faith was a source of great comfort as his health began to fail. John will live forever in the knowledge he has left to the world - and also in the memories of those lucky enough to have known him. 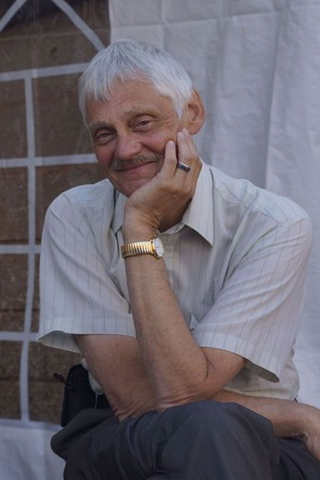