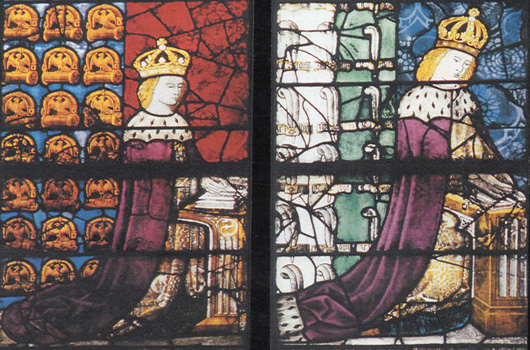 For those looking to get up-to-speed with the most recent research into the ‘Princes in the Tower’ mystery, please see below:

The Survival of the Princes in the Tower   (The History Press, 2017) by Matthew Lewis

‘The Murder of the Princes in the Tower is the most famous cold case in British history. Traditionally considered victims of a ruthless uncle, there are other suspects too often and too easily discounted. There may be no definitive answer, but by delving into the context of their disappearance and the characters of the suspects, Matthew Lewis examines the motives and opportunities afresh as well as asking a crucial but often overlooked question: what if there was no murder? What if Edward V and his brother, Richard, Duke of York survived their uncle’s reign and even that of their brother-in-law, Henry VII? There are glimpses of their possible survival and compelling evidence to give weight to those glimpses, which is considered alongside the possibility of their deaths to provide a rounded and complete assessment of the most fascinating mystery in history.’

‘The Princes are like black holes in history. They represent the conspicuous lack of, well, anything. Black Holes, though, exert a gravitational influence on their surroundings that offer hints of their presence. The Princes in the Tower can be viewed in the same way. If we cease to only look for definitive evidence of their fates and widen our view to encompass those who might be affected by that fate, it is possible to see intriguing hints of an unseen force at work.’ Matthew Lewis.


Matthew Lewis graduated in Law from the University of Wolverhampton. He is the Chair of the Richard III Society.

The Mythology of the ‘Princes in the Tower’  (Amberley Publishing, 2018) by Dr John Ashdown-Hill

‘When did the term ‘Princes in the Tower’ come into usage, who invented it, and to whom did it refer? To the general public the term is synonymous with the supposedly murdered boy King Edward V and his younger brother Richard, Duke of York, sons of Edward IV. But were those boys genuinely held against their will in the Tower? Would their mother, Elizabeth Widville, have released her son Richard from sanctuary with her if she believed she would be putting his life in danger?

The children of Edward IV were declared bastards in 1483 and Richard, Duke of Gloucester, was offered the throne. But after Bosworth, in order to marry their sister Elizabeth of York, Henry VII needed to make her legitimate again. If the boys were alive at that time then Edward V would once again have become the rightful king.

Following the discovery of some bones in the Tower in 1674 they were interred in a marble urn in Westminster Abbey as the remains of the two sons of Edward IV. What evidence exists, or existed at the time, to prove these indeed were the remains of the two fifteenth-century male children? What did the 1933 urn opening reveal?

John Ashdown-Hill is uniquely placed to answer these question. By working with geneticists and scientists, and exploring the mtDNA haplogroup of the living all-female line collateral descendent of the brothers, he questions the orthodoxy and strips away the myths.’


Dr John Ashdown-Hill (1949-2018) was Honorary Senior Lecturer at the University of Essex, History Department, a Fellow of the Society of Antiquaries and a key member of the Looking For Richard Project. 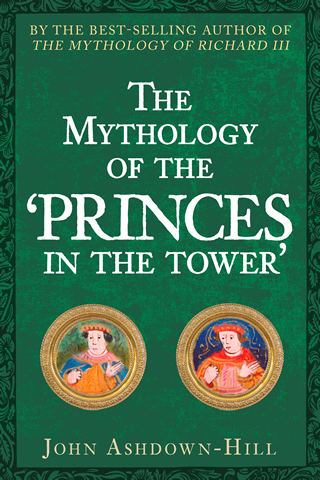 For those interested in the figure known as ‘Lambert Simnel’ – the claimant to Henry VII’s throne in 1486-7 - please also visit: https://mattlewisauthor.wordpress.com/2018/07/24/lambert-simnel-and-edward-v/. You can also read Matthew’s article here.