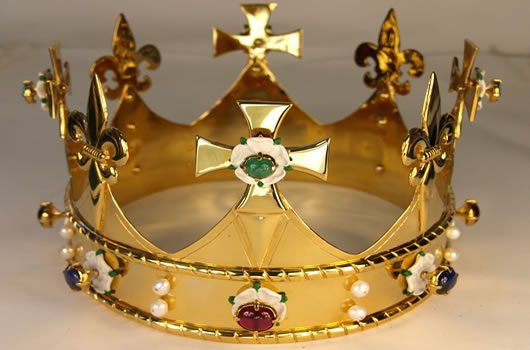 
What is a Pre-Contract?

The following articles were originally published in the Bulletin magazine of the Richard III Society. Our very grateful thanks go to its editor, John Saunders, for his very kind permission to publish these here.

We begin the analysis of the evidence for Edward IV’s pre-contract with Eleanor Talbot in this first paper, published in the Bulletin magazine of September 2018, pp.51-52. This paper sets out the contemporary evidence for the pre-contract, and is slightly extended here in the interests of clarity.

The validity of the pre-contract, and therefore, the legitimacy of Richard III’s royal title is, in fact, supported by a range of contemporary and near contemporary sources. In June 1483, the Three Estates of the Realm accepted the legality of Edward IV’s secret marriage with Lady Eleanor Talbot and, consequently, the bigamous nature of Edward IV’s subsequent union with Elizabeth Woodville. As a result, Edward V and his siblings were declared illegitimate and the Three Estates petitioned Richard, as next in line, to take the throne. Evidence authenticating this account of Richard III’s accession is set out below.

We here cite six principal sources for the pre-contract: 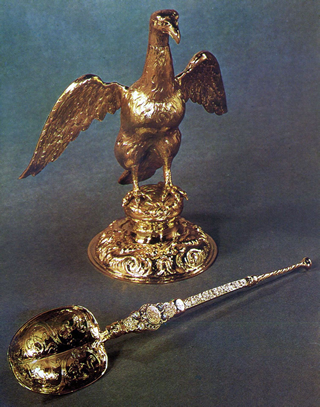 The Titulus Regius of January 1484 is an act of Parliament ratifying Richard III’s royal title. The act stated that before the coronation of Richard III (6 July 1483), the Three Estates of the Realm presented to the king a petition, detailing his rightful title to the crown of England. The ‘roll of parchment’ explained that Edward IV had made a contract of matrimony with Eleanor Talbot, daughter of the earl of Shrewsbury, long before he contracted a second ‘feigned’ marriage with Elizabeth Woodville. The children of this second ‘feigned’ marriage were therefore bastards, ‘unable to inherit and claim anything by inheritance by the law and custom of England’.1 Thus, Richard duke of Gloucester ascended the throne as King Richard III.

Richard III’s letter of 28 June 1483 to the Captain of Calais revealed that two days earlier on 26 June the king’s ‘sure and true title’ was ‘declared in a bill of petition which the lords spiritual and temporal and the commons of this land solemnly porrected [delivered] unto the king’s highness at London’. Richard duly enclosed a copy of the bill of petition with the letter to Calais, ‘there to be read and understanded’ by the garrison. Richard III thus dated his reign from 26 June 1483 and this is the petition subsequently ratified as the Titulus Regius by the Parliament of January 1484.2

In November 1485,3 the anonymous author of the Crowland Chronicle confirmed the testimony of Titulus Regius and Richard’s letter to Calais. The chronicler reported that Richard became king ‘by means of a supplication contained in a certain parchment roll, that King Edward’s sons were bastards, by submitting that he had been precontracted to a certain Lady Eleanor Boteler [nee Talbot] before he married Queen Elizabeth’.4

Taken together the Titulus Regius, Richard’s letter to Calais, and the Crowland Chronicle prove that on 26 June 1483 the Three Estates of the Realm presented to Richard a petition in the form of a parchment roll, requesting him to take the throne on the basis of Edward IV’s bigamous (and therefore invalid) marriage with Elizabeth Woodville. However, these sources are silent on the origin of the information alleging Edward IV’s previous secret marriage to Eleanor Talbot.

This was provided by Philippe de Commynes, a Flemish knight and the leading diplomat in the service of Louis XI, who reported that the Bishop of Bath and Wells (Robert Stillington) revealed to Richard duke of Gloucester that he had married King Edward ‘to a certain English lady’ and that ‘only he and they were present’. ‘Later’, Commynes added, ‘King Edward fell in love again and married the daughter of an English knight, Lord Rivers’ (Elizabeth Woodville). It should be noted that Commynes reports Edward IV’s marriage ‘to a certain English lady’ as a real event and does not attempt to discredit the pre-contract as a political fiction. According to Commynes Edward IV committed bigamy when he married Elizabeth Woodville.5

Two letters written in 1533 and 1534 by Eustace Chapuys, Imperial Ambassador in England to the Holy Roman Emperor Charles V, support Commynes’ identification of Bishop Stillington as the source of the pre-contract. Chapuys stated that ‘many respectable people’ in England told him that Henry VIII ‘only claims [the crown] by his mother, who was declared by sentence of the Bishop of Bath a bastard, because Edward [IV] had espoused another wife before the mother of Elizabeth of York’.6 As Chapuys refers specifically to the Bishop of Bath – which Titulus Regius does not – he cannot have obtained his information from Titulus Regius. Chapuys’ evidence therefore represents a corroborative English source, independent of both Titulus Regius and Philippe de Commynes.

A Year Book of 1486 provides further supporting evidence. The relevant passage describes the process by which Henry VII’s first Parliament planned to annul the Titulus Regius of 1484. Several lords wished to question Stillington, because ‘they said that the Bishop of B made the bill’.7 As Stillington’s eye-witness knowledge of the pre-contract underpinned the petition presented to Richard in June 1483, it follows naturally that he should play a principal role in drawing up Titulus Regius. Stillington was a former Chancellor and a doctor of civil and canon law. With a wealth of legal, diplomatic and administrative expertise, Stillington possessed the necessary skills to draft the ‘parchment roll’ of 1483, later ratified as the Titulus Regius. Stillington’s role as pre-contract witness and principal author of Titulus Regius is therefore perfectly logical.

Despite the fact that Stillington’s offences against Henry VII are described as ‘horrible and heinous’, ‘imagined and done’,8 Henry refused to allow the lords to interrogate Stillington. Henry stated that ‘he had pardoned him, and therefore he didn’t want any more to put it to him’.9 Henry’s reticence is entirely consistent with his nervous approach to the pre-contract. He ordered the destruction of the enrolled parliamentary copy of Titulus Regius, as well as additional documentary evidence described as appendices, ensuring its dangerous content ‘may be forever out of remembrance and also forgot’, 'cancelled, burned and put into oblivion'.10 In addition all remaining copies of the act were to be returned to the Chancellor on pain of imprisonment. Furthermore, on the advice of Henry’s justices, the Titulus Regius was repealed unread; a highly unusual (possibly unprecedented) event. James Gairdner argued that a point ‘which is perhaps rather an evidence of the truth of the story [of the pre-contract], is the care afterwards taken [by Henry VII] to suppress and pervert it.’11

There thus survives a considerable body of evidence testifying both to the veracity of the pre-contract and to its central role in the accession of Richard III. The Titulus Regius is, in effect, the retrospective proof of Edward IV’s legitimate marriage to Eleanor Talbot, accepted by the Three Estates of the Realm and presented to Richard in the form of a petition on 26 June 1483. Two days later Richard sent a copy of the petition to the Calais garrison and, in January 1484, Parliament ratified the document as the Titulus Regius. As far as the political community were concerned, the Titulus Regius itself enshrined the proof of the pre-contract and the consequent legitimacy of Richard’s title.

The evidence strongly supports Stillington’s role as both witness to Edward IV’s secret marriage to Eleanor Talbot and his subsequent part in drafting the Titulus Regius.

Until relatively recently historians questioned the very existence of Eleanor Talbot, a situation remedied by the research of Dr John Ashdown-Hill. Significantly, Richard III did not reward Stillington during his reign, quashing any suggestion that Richard bribed the bishop to connive in a plot to take the throne. It is also important to note that the Duchess of Norfolk, Eleanor Talbot’s sister, took a prominent role in Richard’s coronation.

Finally, it is surely significant that early in Henry VII’s reign, when he would have welcomed any proof that the pre-contract was a slanderous lie, he chose to destroy and suppress it rather than openly disprove it. Henry’s actions demonstrate that he lacked the evidence to refute Edward IV’s Talbot marriage. His heavy-handed approach shows that it was too dangerous to investigate the matter further, and that his claim to the throne rested on a policy of ruthless censorship.

7. Year Book, 1 Henry VII, Hilary Term, plea 1. Year Books consisted of contemporary legal reports. ‘Bishop of B’ could only refer to Bath and Wells as no other bishopric beginning with ‘B’ existed at that time in England. For a list of English bishops and bishoprics see J. T. Rosenthal, ‘The Training of an Elite Group: English Bishop’s in the Fifteenth Century’, Transactions of the American Philosophical Society, vol. 60, No 5 (1970), p.50.

The Accession of Richard III (Parts One and Two)

In ‘The Accession of Richard III’ Philippa Langley © 2019 considers two contemporary sources that support the Titulus Regius and pre-contract crisis of June 1483. The first part considers an English source and the Recognition ceremony of King Richard’s Coronation. First published in the Bulletin magazine of March 2019, pp.39-43, you can now view this article here.

In Part Two of ‘The Accession of Richard III’ Philippa Langley © 2019 considers a French source that further supports the Titulus Regius and pre-contract crisis of June 1483. First published in the Bulletin magazine of June 2019, pp.34-36, you can now view the article here.

Philippe de Commynes and the Pre-Contract

In our third paper ‘Philippe de Commynes and the Pre-Contract’, Dr David Johnson © 2019 demonstrates that the French diplomat accepted and reported as fact information that Robert Stillington, future bishop of Bath and Wells, secretly married Edward IV to ‘a certain English Lady’ before the king subsequently wedded Elizabeth Woodville. Commynes’ Memoir is significantly devoid of any evidence discrediting or undermining the pre-contract story. First published in the Bulletin magazine of June 2019, pp.37-41, you can now view this article here.

Henry VII and the Pre-Contract

In a two-part article, 'Ardent Suitor or Reluctant Groom: Henry VII and Elizabeth of York', Dr David Johnson © 2019 discusses Henry VII's attitude to the pre-contract through the prism of his marriage to the bastardized Elizabeth of York. Despite an initial emphasis on the political importance of a marital union with the eldest daughter of Edward IV, Henry's fear of the pre-contract was subsequently made manifest in his claim to rule in his own right as heir of Lancaster and his insistence that his title to the crown did not depend on Yorkist royal blood. Having failed to extricate himself from the union, Henry took every precaution to mitigate the danger of marriage to an illegitimate princess.

In Part One ‘Ardent Suitor’, David follows the turbulent ‘courtship’ of Henry Tudor and Elizabeth of York from the early autumn of 1483 to Henry’s victory at Bosworth in August 1485. First published in the Bulletin magazine of December 2019, pp.53-56, you can now view this article here.

In Part Two ‘Reluctant Groom’, David documents Henry VII’s persistent efforts to distance himself politically from Elizabeth over a period of more than two years from his accession to her eventual coronation in November 1487. First published in the Bulletin magazine of March 2020, pp.37-41, you can now view this article here.

For those asking to read the relevant section of King Richard III’s Royal Title (Titulus Regius), it is published in extract here.

With thanks to author, Annette Carson for her kind permission to use her image of the eagle ampulla and spoon used during King Richard’s coronation ceremony on 6 July 1483.

Annette is a non-fiction author specialising in history, biography and aviation. She is a member of the Looking For Richard Project and author of a number of seminal works on Richard III: Richard III: The Maligned King (2008), Richard III: A Small Guide to the Great debate (2013) and Richard Duke of Gloucester as Lord Protector and High Constable of England (2015).

You can read Annette’s article on these important surviving relics from the medieval coronation ceremony here.

You can also view this article on Annette’s website here.

Further research papers supporting the Pre-Contract will be published on this page and in the Bulletin magazine.